Forbes reported in 2017 that Palm Beach had at least 30 billionaires, with the town ranking as the 27th-wealthiest place in the United States in 2016 according to Bloomberg News.

Many famous and wealthy individuals have resided in the town, including United States presidents John F. Kennedy and Donald Trump.

Commissioned by oilman Henry Flagler in 1880, it brought the first “Florida East Coast Railway” railways to connect the north with the seaside town for the rich only, with the simultaneous construction of luxurious hotels currently operating such as The Breakers.

The Palm Beach collection is inspired by this exclusivity, of not ostentatious luxury, of sobriety, of a certain identity, but with opaque colours like the classic gunmetal grey, in the Atlantic sand color combination.

Palm Beach collection, is suggested for the outside, in a composition of at least three elements of various sizes and broad-leaved palm trees, or for the inside with medium-stemmed living room trees. 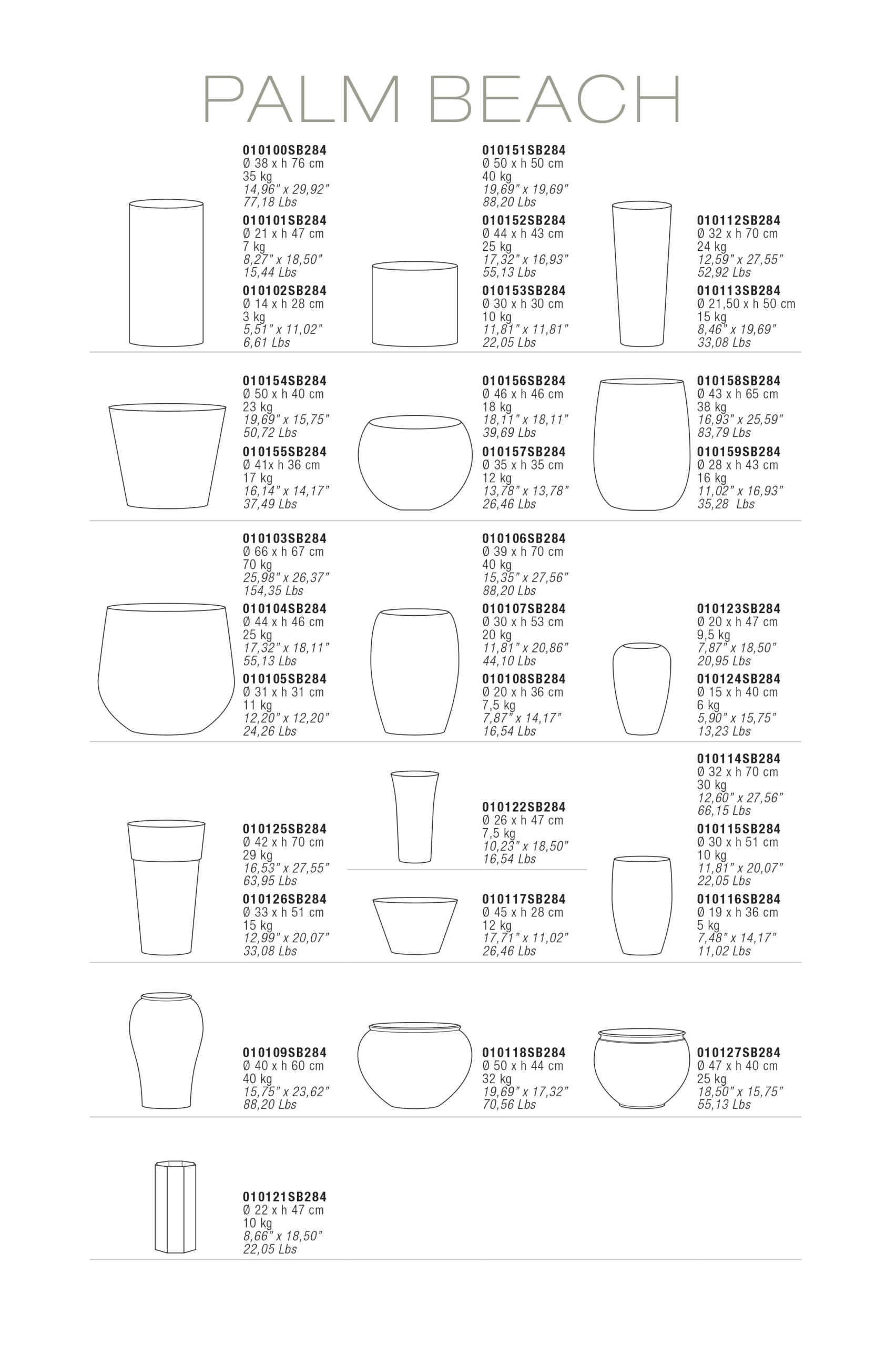